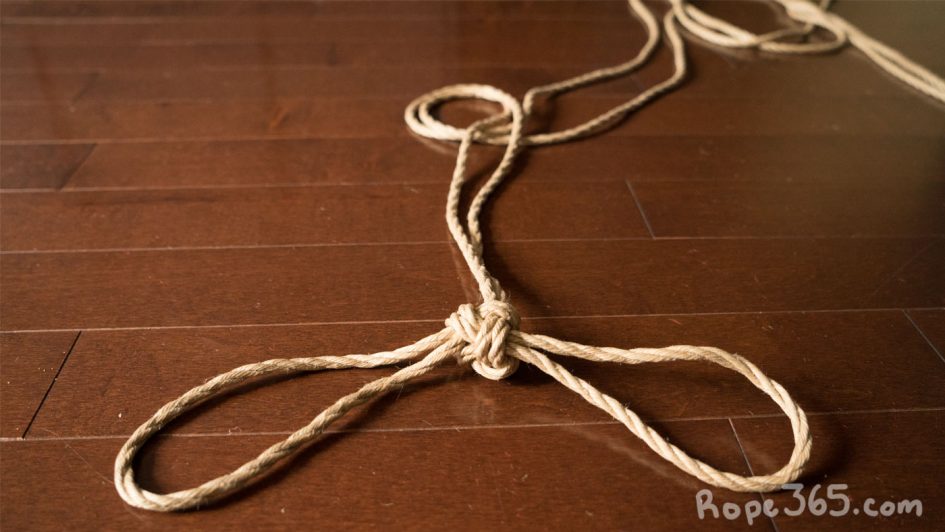 The Chest is seven different approaches to arms free upper body ties. A journey through different structures that will explore different sensations and aesthetics.

All the activities are now online with tutorials and/or exemples for each of them and tons of ideas to try.

The Journey of the Chest

The chest was one of the first chapter to make it into the list, it traded place with “Frog Ties” a few times but it was always at the beginning, right after the basic techniques.

Some of the activities were there since the beginning, but most have evolved over time. Ladder and asymmetry are probably the only ones that remains almost unchanged. Weaving used to be diagonal structure, diamond used to be split in two, we had to reshoot Serpentine to include the magic trick.

A lot of the big changes happened when the “decorative ties” chapter morphed into a study of aesthetics, and moved to Fall. I was happy with this change because it was such a stronger concept that had a better fit later in the program, but a lot of topics were in need of a home earlier in the process. After some research I started realizing that a lot of these techniques are mostly used for chest ties and it made more sense to include it here. This is when weavings and knots made it in. Chest compression was moved to the anatomy chapter around the same time.

The final activity, Sculpture, didn’t have a name until a few weeks ago. At first it was named Shapes, it was featuring the pentagram harness, then I added heart shaped harness, but it felt weak. It didn’t felt like something people can expand on and get creative, and not significantly different from the other chapters. The chest binder subactivity was also homeless. After much reflection the concept of compressing the chest for sensation was different than the intent of a binder. Also no activity should require a specific thing about your body, so the binder on its own couldn’t work. I knew there was something about adapting to each body, but it’s already there in each activity, can it really stand on it’s own without feeling like a repeat?

The reality is that I have my own issues about gender, it is a concept I find difficult to grasp, my own gender is a blur, I just tend to see life in a very gender neutral way. Gender is a strong concept in our society that I can’t ignore, and there is something about empowerment that is not only about gender.

Close to NARIX, I decided to try to create a lot of ties that would be fully adapted to the person and see what happens. I am grateful for the people who volunteered in that experience. “What is about your boy that you like?” A simple but charged question. Then there was the session at NARIX about gender empowering tied where Billy and Malachi showed a chest binder (inspired by honey_bare) and other ideas to adapt to different bodies. The discussions that followed in the session and beyond really put me on a path. Billy was also really awesome at exploring chest binder with me the following week-end, something I had never really attempted before.

Coming back home, Miss_Soffia was in the mood to do something with her breast and I wanted to do some more chest study. We spent an evening doing mostly one rope tie. There were so many discoveries in how you can play with the skin. “Am I chocking myself with my own boobs?” Yeah, that was quite memorable, the pictures give a glimpse into this, but the only way to truly know is to try for yourself.

I was learning, but still processing. I spent hours looking at a blank page… it was finally named thanks to a thread on twitter. Thank you Oublietta and all the people who suggested names and contributed to the discussion. Sculpture has become my favourite activity of the whole thing so far. It sure was the one that took the most labor and reflection. Proof that doing your best work is rarely easy.

There are still a few things I want to do to keep improving this chapter, mostly adding more exemples to the knots, asymmetry and sculpture chapter. But this is good enough to move on.

It took me way over one month creating The Chest. I keep thinking it’s going to get easier, and it isn’t. I’m not giving up and I’ll push all I can to get the frog tie done in less than a month. I have to admit that this is quite fragile, if more unexpected event come down my way, I will have to admit defeat to this challenge. But this challenge is just an excuse to force myself to write. In the end, what is important, is that the ropes keeps on moving, that I keep on learning, to be able to keep on sharing.