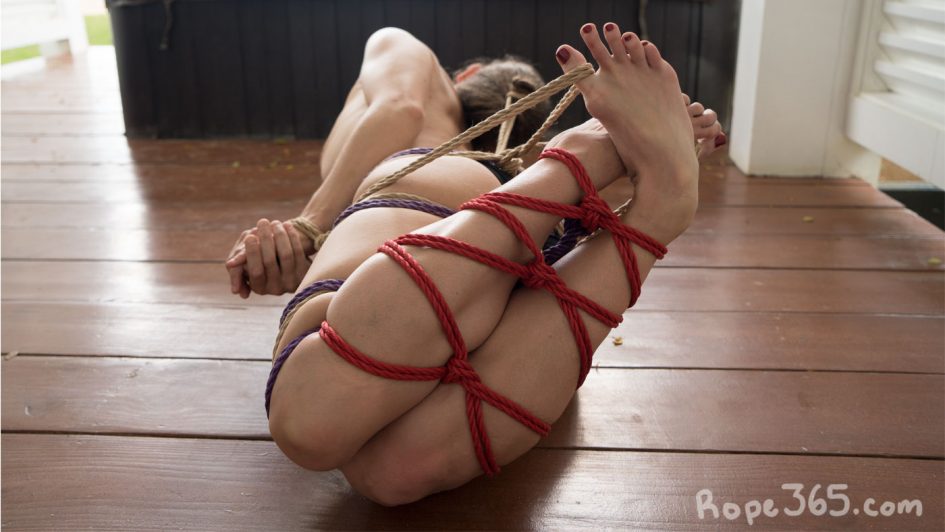 We’re halfway through the year with 26 weeks of exercises written down and posted! I’m really proud of where Summer ended up. It’s like a guide of all classic body positions and some challenges to explore the possibilities of the body

When I started on that challenge of posting exercises every week, Spring was in a very good place. The weekly posting forced me to polish a few things. 90% of the content layout was there and writing just a line for each exercise wasn’t a big workload.

Summer was a completely different deal. Unlike Spring, it was harder to describe the exercises with words so I embarked on making pictures of each positions. Actually tying each of them forced a lot of reflection that ended up changing the list and how it is organized quite a lot, swapping a few chapters with Winter (bamboo, furniture, crotch in particular). I would start a session with a theme, and then try to tie 8-10 ties, then choosing the best 7 to put in the chapter. I call these studies.

The mindset for Summer is about diversity and opening different paths of where the rope can stake you. All the places you can go once you have a solid foundation. It started as a list of tie patterns, but something was wrong, I wasn’t sure what. It was during a class with Pedro in Montreal that it hit me. It’s not about the tie itself, but more about the position of the body in space. From there the goal was clear, the research took a lot of time but it was focused.

I have to mentioned how much the work in the studies was a collaborative effort with my friends and partners. My local companions AlexK7, Era, FreakyFerret, Miss Soffia, Nathaniel Flumen when through countless hours of experimentation. Two of the shoots were completely different, with Lumandy in Jamaica, where we spend almost an entire day shooting on their hotel patio. Then there was the Furniture shoot with Amber Doll in Los Angeles where we picked the airbnb just for this. Ended up it was on Hollywood Blv with a Magic bar in the building, this was an interesting aftercare hangout.

Summer will be put on hold for a while. There are a few ideas that don’t feel as strong as the rest. The butt chapter in particular feel like it’s overlapping a lot with the other chapters. Maybe I’ll stumble on more ideas that can fix this, maybe not, and it will be fine either way. I’m going to keep on doing the studies once in a while, these are a great way to play.

I am now embarking on Fall, and I want to change the approach again. I’ve been putting a lot of work on the summaries and this has been taking a toll on my energy. I’m going to focus on online research for that one. I know Winter will be an intense chapter to write so I need to be prepared. It’s also hard to focus on both the full writings of Spring and the weekly summaries.

The Summer google doc is now at 190 pages. It’s kind of itching me to continue adding content until it’s at 200, ah ah ah!